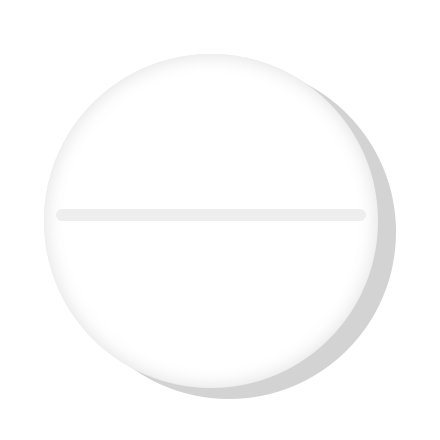 Desyrel is a nontricyclic drug used to treat depression. The generic name Desyrel goes by is called Trazodone.

Desyrel is used for the treatment of depression and anxiety. It is also used to treat insomnia associated with depression. Desyrel can be prescribed to relieve chronic pain and certain other medical conditions.

Desyrel is to be used as directed by your doctor. Desyrel should be taken after food – a light meal or snack will suffice. The benefits of Desyrel may not be experienced for up to four weeks of regular use. Never increase or decrease the dose without first consulting your doctor.

Desyrel can cause dizziness, vision problems and drowsiness which may intensify with the simultaneous intake of alcohol and/or other medications. Desyrel is to be used with caution. In the early stages of use, do not drive or perform potentially dangerous activities in case you react adversely to Desyrel. If symptoms do not improve, or worsen, contact your doctor immediately. Desyrel should only be used by the person for whom it was prescribed. Never increase or decrease the dosage without first consulting your doctor.

Before taking Desyrel, ensure that the doctor has a full knowledge of your medical history, including possible allergic reactions to any component of Desyrel. Patients suffering with any of the following conditions should use Desyrel with extreme caution: heart attack, heart disease (including irregular heart beat), a history of depression or suicidal tendencies, scheduled to have surgery, consume alcohol, pregnant or breastfeeding. If a woman falls pregnant while taking Desyrel, a doctor should be contacted to discuss potential risks. The use of Desyrel has been known to cause painful, prolonged erections, even when not engaging in sexual activity. Consult your doctor immediately as this can lead to long-term erectile dysfunction. Do not breastfeed while using Desyrel without first consulting your doctor. Desyrel has been known to have an adverse reaction with certain medications, therefore inform your doctor of all medications you are using (including herbal varieties). Desyrel is not to be used in conjunction with GHBs (gamma hydroxybutyrates), which are a 'club drugs'. Adults and children using Desyrel may start to have suicidal thoughts. The risk of suicide is increased in patients who have had suicidal thoughts in the past, or carried out suicidal actions. The risk of suicide is also higher in patients suffering with genetic Bipolar Disorder (manic depression). Patients using Desyrel should be observed carefully. A doctor should be contacted immediately if any of the following symptoms persist, or worsen: restlessness, depressed mood, irritability, anxiousness, mood swings or behavioral changes. If any suicidal actions or thoughts are expressed, contact a doctor. Desyrel is not to be used by children under the age of six years as its effectiveness and safety has not yet been established.